Crazy Things That Have Actually Landed on People's Roofs

A strong roof protects your home from the elements, but that's only the beginning. Because they cover so much surface area, roofs can serve as a landing spot for a variety of surprising items. The following are among the most unexpected: 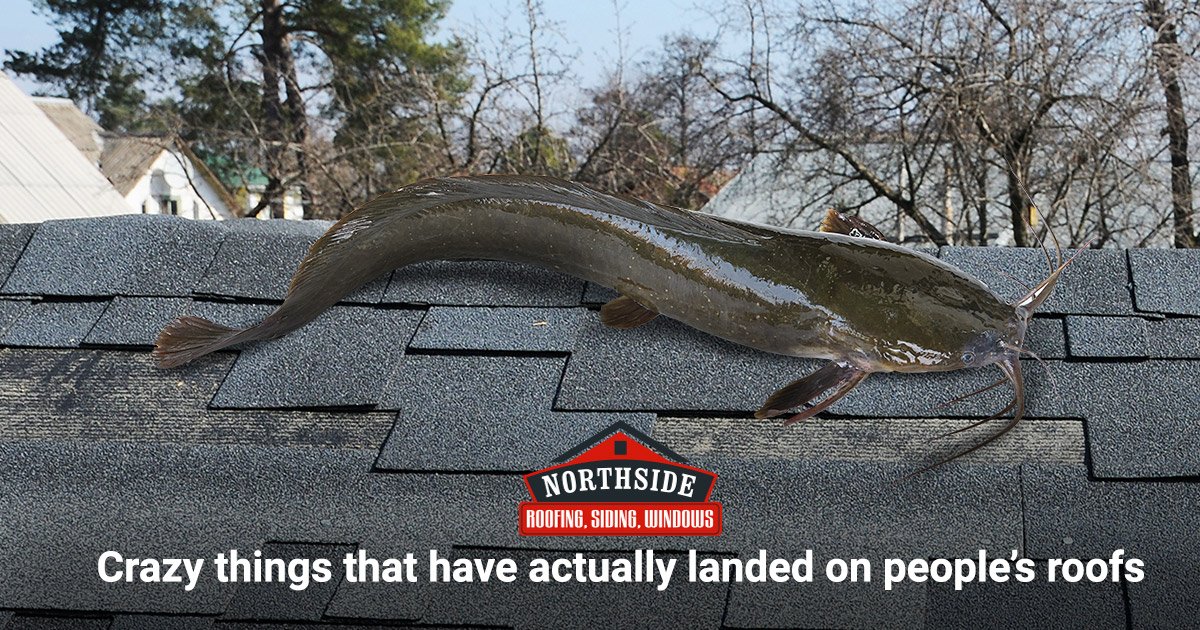 You've heard the expression 'raining cats and dogs,' but what about fish? In 2017, a catfish shocked Tallahassee residents as it hit a roof, bounced off, and fell to the ground. A bird was the likely culprit, as the fish's side had been cut open prior to the fall.

In 2018, a Hayward, California household made headlines after neighbors awoke to the unexpected sight of a Honda sedan sitting on top of a local home. If that's not strange enough, the homeowners somehow managed to sleep through this crash landing. In a similar incident that occurred in Ontario, dashcam footage captured the moment a truck veered off course and somehow landed on the roof of a nearby home.

Cars and trucks are only the beginning. In 1993, a blimp crash-landed on the roof of a building in Manhattan. The occupants were injured and the neighborhood was left in shock — but thankfully, this is not a regular occurrence.

Hopefully, none of the incidents detailed above will be repeated at your home. Still, the need for a strong roof cannot be denied. Look to the Northside Company for high-quality roofing. To get in touch, call tel:585-381-1050 or complete our contact form online.

Get started on a free quote right now or talk to one of our specialists about your upcoming project. The Northside Company can be reached by phone at 585-381-1050 or by email through our contact form.