A Quick Guide to Some of Rochester’s Worst Winter Storms

From the infamous blizzard of ’66 to Hurricane Sandy in 2012, Rochester NY has seen some of the worst winter weather in the country. If you are a longtime resident, you’ve probably lived through some of the most extreme storms in the city’s history. As a newcomer, it’s wise to learn what to expect when the worst weather hits. When you need a contractor to repair your leaky roof or blown off shingles, or even a complete tear off, after a Rochester storm, contact Northside. 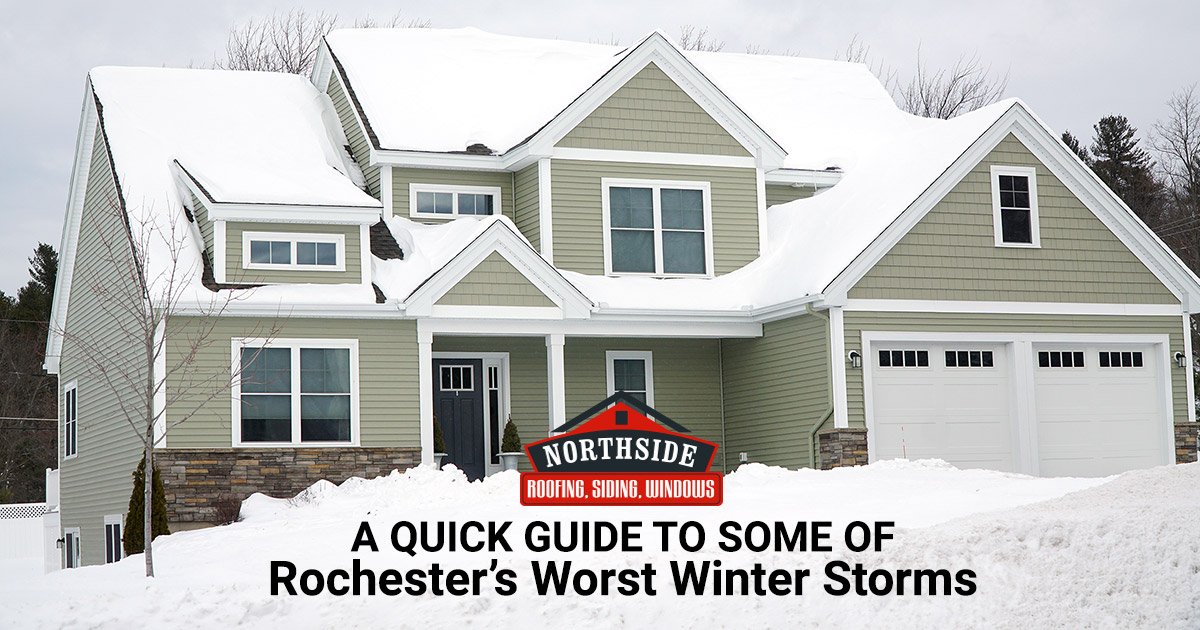 The Snowstorm of December 2010

In December 2010, Rochester residents experienced a record-high snowfall level of 41.3 inches in a single day. This was the largest single-day snowfall in Rochester’s recorded history. The storm that brought over three feet of snow in one day, trapped many people in their homes and caused power outages in many neighborhoods in the region.

Hurricane Sandy in 2012, resulted in a powerful nor’easter storm and early-season snow in New York. This storm brought harsh winds, rain, and snow to areas of New York. The highest winds in the storm reached 80 miles per hour. The storm caused an estimated $32 billion in property damage and took 53 lives.

Another major nor’easter struck Upstate New York from March 12th through the 15th, depositing about four feet of snow in a single day. The storm also affected several other states from West Virginia to Maine, but New York saw the worst of the snowfall and winds.

If your home sustains damage in a Rochester, NY winter storm, count on the professional roof repair team at Northside for assistance.

Get started on a free quote right now or talk to one of our specialists about your upcoming project. The Northside Company can be reached by phone at 585-381-1050 or by email through our contact form.